Complete Virtual Reality and Augmented Reality Development with Unity: Leverage the power of Unity and become a pro at creating mixed reality applications

Added to wishlistRemoved from wishlist 0
Add to compare

Added to wishlistRemoved from wishlist 0
Add to compare
£298.01 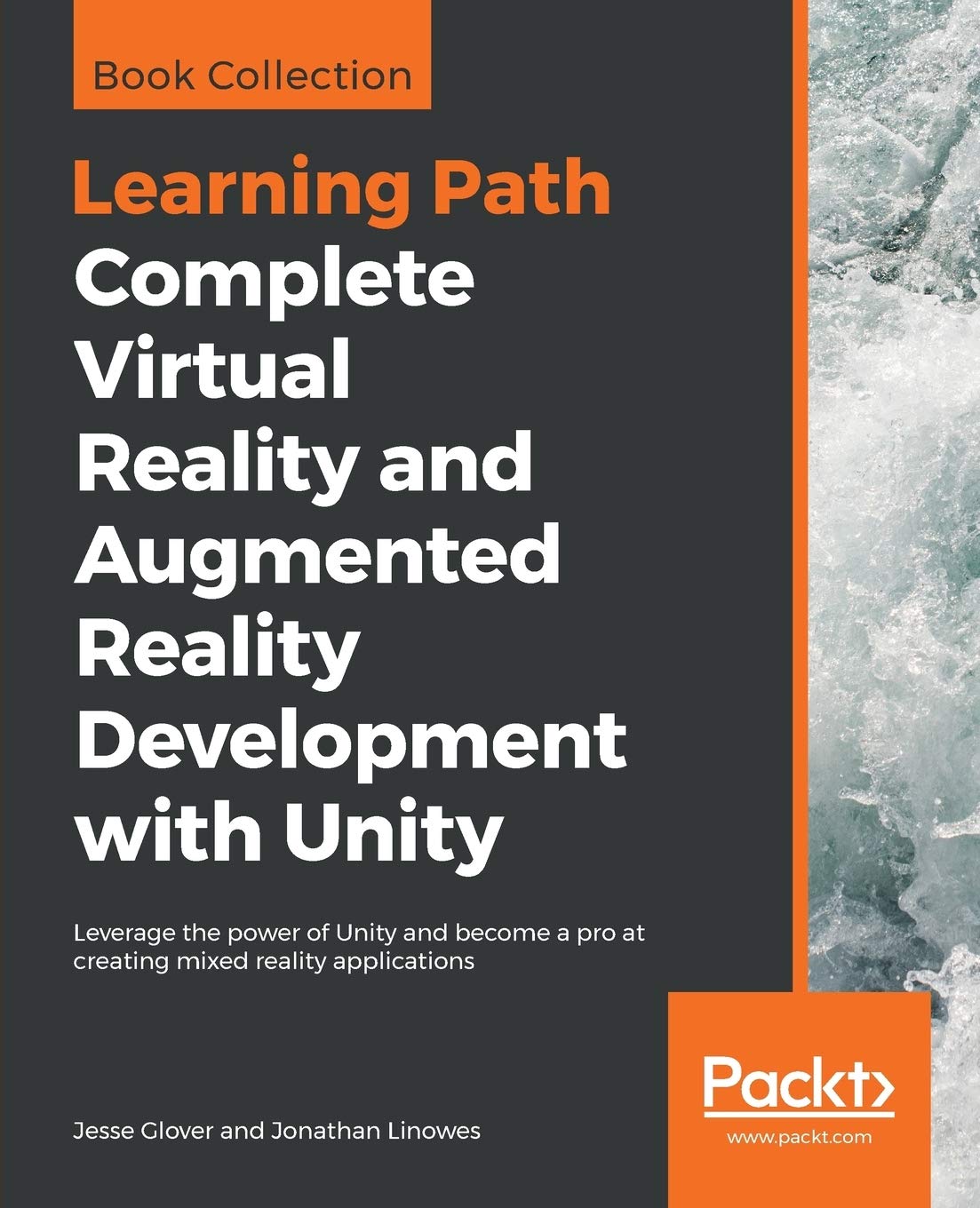 Get to grips with Unity and build applications that run on HoloLens, Daydream, and Oculus Rift

Unity is the leading platform used for developing mixed reality experiences because it provides a great pipeline for working with 3D assets.

Using a practical and project-based approach, this Learning Path teaches you about the specifics of AR and VR development using Unity 2018 and Unity 3D. You’ll understand how to integrate, animate, and overlay 3D objects on your camera feed, before moving on to implementing sensor-based AR applications. You’ll delve into various concepts by creating an AR application using Vuforia for both macOS and Windows for Android and iOS devices. Next, you’ll learn how to develop VR applications that can be experienced using devices such as Oculus and Vive. You’ll also explore various tools for VR application development, such as gaze-based versus hand controller input, world space user interface (UI) canvases, locomotion and teleportation, timeline animation, and multiplayer networking.

You’ll also get to grips with the Unity 3D game engine via the interactive Unity Editor and C# programming.

By the end of this Learning Path, you’ll be fully equipped to develop rich, immersive, and interactive mixed reality experiences using Unity.

This Learning Path includes content from the following Packt books:

What you will learn

Who this book is for

If you are a game developer familiar with 3D computer graphics and interested in building your own AR and VR games or applications, then this Learning Path is for you. Any prior experience in Unity and C# will be an advantage. This course teaches you the tools and techniques to develop engaging mixed reality applications.

There are no reviews yet.

Be the first to review “Complete Virtual Reality and Augmented Reality Development with Unity: Leverage the power of Unity and become a pro at creating mixed reality applications” Cancel reply

Complete Virtual Reality and Augmented Reality Development with Unity: Leverage the power of Unity and become a pro at creating mixed reality applications

Ultraoffers4u.com participates in the Amazon Services LLC Associates Program, which is an affiliate advertising program designed to provide a means for websites to earn advertising fees by advertising and linking to amazon.co.uk

Affiliate Disclosure: As an Amazon Associate, we may earn commissions from qualifying purchases from Amazon.co.uk. You can learn more about our editorial and affiliate policy .